Behind the scenes with the Remedies

The Story of the Remedies

Dr Edward Bach brought us these amazing remedies, a little firstly about his name – his family came from Wales originally, so the name is always pronounced as “Batch” unlike the “Bach” for the composer.  He was born in 1886 and died in 1936.  He was a doctor and homeopath with a string of amazing letters after his name – who spent his life looking for the purest method of healing.

He believed that all patients suffering from the same emotional problems needs the same homeopathic remedy regardless of the physical problem. Those suffering from nervous apprehension all had the same remedy. Those who suffered from emotional outbursts also had the same remedy.  From here he prescribed the remedies according to the patient’s temperamental difficulties only.  He did not examine them, and treatment could begin immediately, his results were amazing.  He confirmed that the physical disease was not of physical origin but that it was as he said “the consolidation of mental attitude.”

He believed that the attitude of mind plays an essential role in maintaining health and recovering from illness.  As you may well have experienced if you are feeling miserable in yourself your recovery from illness can take much longer than it would do if you were of a more cheerful disposition.  The aim of the remedies was initially to support the patients fight against illness by helping with emotional factors such as depression anxiety and trauma – the general understanding was that these emotions will only serve to impede the physical healing.

The remedies are defined into 7 groups, those for fear, for uncertainty and indecision, for loneliness, for insufficient interest in present circumstances, for over sensitiveness to ideas and influences, for despondency and despair and for over care and welfare of others.

From here Dr Bach worked tirelessly to find the 38 remedies together with the Rescue Remedy and he knew that no further remedies were needed, these 38 cover all aspects of human nature and thus all the negative states of mind underlying illness. 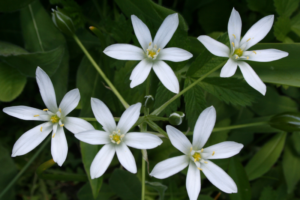 He moved to Mount Vernon, the small house in Oxfordshire – the home of the Bach Centre in 1934 with Nora Weeks who worked with him closely for many years.  The Bach Centre is still the place where the remedies are made and where all the education is centred from, we have a training school there, and a beautiful garden, in which most of the flowers and plants that are part of the remedies still grow.

How they are made

The remedies are still made in the same way as they were made in the same way when Dr Bach first made them, the flowers of the plants required are placed in a bowl of spring water the bowl is then left in the sunshine for three hours during the water becomes impregnated with the healing properties of the plant.  The heads are then discarded and the water is then preserved in Brandy and this becomes known as the Mother Tincture – 20 of the remedies are made in this way.  The other 18 are made by boiling the flowers and they are mostly the flowers from the trees, short lengths of twigs filled with the flowers or catkins are collected and boiled for half an hour and then left to cool and the same process is conducted.

Nowadays the Mother Tincture is taken to Nelsons in Wimbledon where they make the stock bottles which you currently find on the shelves in health shops and it is these small bottles that I use to take the remedies from for my blends for my clients.

The process is secure in the Trusteeship of the Bach Centre, the centre is a humble cottage in the centre of a small village in Oxfordshire, when Dr Bach settled at Mount Vernon he had discovered half the series of 38 and in the final 2 and a half years of his life he found the other 19, the only two remedies that do not grow locally are Vine and Olive, many of the plants used for the Mother Tinctures are still grown locally to Mount Vernon today.

How do they work

Having read about how the remedies are made and understanding that there is no physical part of the flower within the remedy it is difficult for many to understand how the remedies work and it is a frequent question that I am going to try and explain.

Firstly, you need to appreciate that energy as a life force of which all of Nature is a part and to which we all belong.  The healing property within a flower may therefore be considered to the outlet of the Life force of that plant, in effect the soul or spirit of the plant.  As it is an intrinsic thing, just as our spirit or should is to us it cannot be handled, injured or destroyed.

Everything in life has a purpose the simplest forms to the most complex, and they each have a part to play in our life, plants contribute in a great many ways.  We use a lot of herbal remedies within medicine nowadays and Dr Bach’s remedies are an extract of the healing life of the plant which is nonphysical and therefore abstract.  It cannot be measured or analysed like a chemical or drug. In its simplest terms their healing energies simply lift our vibrations and unblock the channels within our minds so that we can approach life more positively.

The remedies therefore help us to help ourselves, think of them as part of life, part of you and take them as you need them.  There is hardly a person or animal or situation that would not benefit from the flower remedies.  As the remedies work, they encourage us to be aware to notice the subtle energy shifts, to be mindful, to integrate, and hear the voice inside us.