Move from leading to being lead with Bach

In the past week of sport, with Wimbledon and also the Euro 2020 finals. we have seen how wonderful it can be to reach the top of your game and we have seen what success is. I have been thinking about the amazing talents of Gareth Southgate and how he has turned the team around, a man who is able to evoke a response from his team who is able to evoke a response from the team, well beyond all our expectations and as a result of his love care and encouragement help them to achieve. However, have you thought about what it must be like to be successful yet not understand how to use that knowledge and ability in the right way.  Very often people who are capable, even highly gifted, and ambitious know and understand their talents, but they use them in the wrong way and sometimes appear to bully and put other people down.  They may not try to convert but can override their wishes and opinions and demand expect absolute obedience. They can be aggressive and proud and ruthlessly greedy for power, the extremes are hard and cruel and uncompassionate, the examples being the boss or parent who rules with a rod of iron or the ruthless dictator who uses any gain as a means to an end, or the school bully who aggressively controls other children. 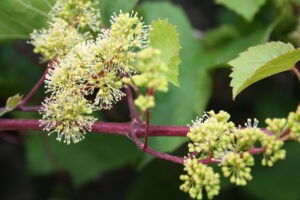 The Vine characteristic sadly has been responsible for creating many villains and tyrants over the years, you only have to open a newspaper to see the number of reports of dictatorial regimes and human cruelty to see that there is an abundance of negative energy in the world.  People in this state can cause huge problems, the father for example will say to his son “the boy needs to be disciplined” the father then loses his sons’ affections and creates a fear. This is no basis for a successful parental relationship. It is the power and knowledge and certainty that these people have that they are right that can cause such distress – I had a client the other night who was quite distraught as to a conversation she has with a friend who had made some horrific accusations to her as to why she hadn’t had the vaccine.  As I explained to her it is personal choice and no one should be dictated to in this world as to what they should do, especially when they do not have the facts and know the personal circumstances. We need to respect the views and opinions of other and understand that in this current world if more people found compromise as opposed to domination life would be much easier and smoother.  This is where the Vine remedy can be incredibly helpful.  Take the fight and aggression out of the situation and allow the knowledge to flow through in a simple and beautiful way and everyone will benefit from this. There is a beautiful remedy called Vine that we use to help these people, the positive side of this remedy is that when it is used the person who takes it not only has the determination to succeed and dominate but also has the niceties to see the good in others and encourage and guide them without controlling them. The Vine remedy creates good leaders’ teachers, bosses, or parents, they are able to use their gifts to hep others to know themselves and find their own path in life.  They can inspire others with their confidence and certainty. The other positives of the Vine remedy are that you learn to discriminate between healthy and overweening ambition, you can accept the rights of others and pay attention to their needs and more importantly if leadership is your thing – you can become a wise understanding leader who has a natural authority who has the ability to empathise, show respect, and appreciate value and support.