My journey with the Bach Remedies

My personal journey with the remedies

I am writing this on the last day of my holiday in Corfu, September 2021, this is my first visit here in 17 years.  If it hadn’t been for my grandson, I wouldn’t have come now but as all grandparents know very well we move heaven and earth for our grandchildren.

So, let’s start at the beginning, back in 1982 after a holiday in Corfu I decided to throw caution to the wind and moved to Corfu to live and in Jan 1983 I rented out my flat and moved, I rented a beautiful flat in an old house just outside of town, I worked in a shop in town and had a fabulous winter, in the summer I worked for a travel company.  To cut a very long story short I loved it out here and as most young women did, I met the man who I thought would be the love of my life!

I quickly learnt the language both to read and write – it was a case of learning it and being understood or being totally excluded by everyone and everything as I was the only English person in the village. Quite a shock to the system but you realise your capabilities and actually if you set your mind to these things, you can achieve an awful lot very quickly.

Realities of life Quite a shock to the system but you realise your capabilities and actually if you set your mind to these things, you can achieve an awful lot very quickly.

Over several years things began to change and, on the day, I discovered I was pregnant, life took a sudden change for the worse and the man of my dreams became a total stranger and narcissist.  Thinking back there had been glimmers of it but nothing drastic but upon receiving the news that I was expecting his baby life was never the same again.

I made up my mind that I would return to the UK to have my baby.  Had the baby been born in Greece we would never have got away.  Thankfully back in 1981 Greece was not part of the UK and there would have been huge advantage to the baby having dual nationality so a return visit to the UK was set up.

We had a good car thank heavens and with the due date of mid-March set we left Corfu on 21st February, and I drove us both back to the UK, a long drive and in some dodgy conditions I must admit but we got home on 24th February, just in time for baby to arrive on 28th February.

The first 6 months of motherhood sadly were quite traumatic and ultimately the decision was taken that UK was no place for my partner – he had other ideas and peace and quiet and a loving family was not on his shopping list.  A life of drink, gambling, and violence was more his style.

To this day I remember the day I asked him to leave our home – which incidentally was my house – I had rented it out while I was away.

It was a huge step, but I knew that it was either him or us and I was not going to allow my daughter to suffer at his hands.  Life had to return to a sense of normality – I longed to just gather my thoughts and not live under a cloud of torment and pain.

I spent the next 6 years on my own and ultimately when I met David, my now husband of 25 years, life took a huge turn for the better.  Throughout the time I helped my daughter to maintain some links with the Greek side of her life, she went to Greek school twice a week, she went to the Greek church, I even had her baptised in Corfu when she was 2 – I took her out there for the christening and then came home 2 days later.

Over the years and especially since I became a therapist, I have done a lot of clearing out but with this trip imminent I realised that I had a way to go.  I had said after the last trip I would never go back until he had died, however with my daughter and family going out there I realised that to help them I needed to make a move.

It took time to admit to the pain that it had created and the resulting sadness and anger.  I worked with Holly for many months to help ease the anger – the anger bubbled around for many months and would occasionally resurface, then we looked at Pine – the remedy for guilt – for the way the sadness of my daughter would leave a feeling of “oh if only”. 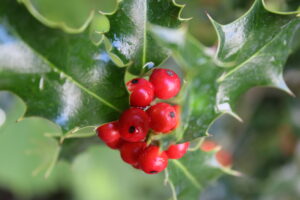 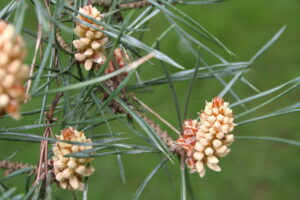 I looked at how it made me feel, the anger, the fear, the anxiety, the raised blood pressure and the sadness that he had created for my daughter, and the guilt that I had felt.  That guilt I was also feeling now for my grandson.

Then there were the fears – how would we manage financially, and 100 other fears that I couldn’t even pull together – Aspen – for the niggle of unknown origin and the Mimulus for the known fears, I also used Red Chestnut because for many months I found myself over worried and concerned for my daughter and her welfare. The Red Chestnut balanced out those emotions. 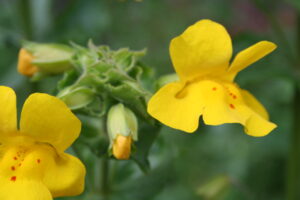 So over the preceding 2 months I slowly worked through the remedies for me, to gradually melt away the feelings that had been rumbling inside of me for all of these years.  I am so glad that I have done it and that I made the effort to come out again.  So much has changed, in some cases places are unrecognisable with the development, the people are however the same – just much older, as of course are we all.

I have used the following remedies, Rock Rose for the terror at the thought of possibly seeing history, Larch to give me some courage and confidence, Mimulus for the my known fears, Walnut -for the protection from change, Elm – to manage the feeling of total overwhelm with the total situation, Holly for the anger that keeps erupting, Gentian to help alleviate the low mood which arose from time to time asking why are we going and finally Crab Apple to help me feel better about myself.  The result was that I got on the plane after this however feeling calm, worth a million dollars and able to look myself in the mirror and know I could do it. 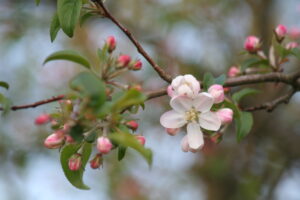 We are due to return home tomorrow and so far, I have seen my ex from a distance and he hasn’t seen me.  That suits me fine and I hope it stays like this.  I have been able to catch up with a lot of wonderful old friends and realise that I shouldn’t leave it another 17 years before I come back again.

We have had a beautiful holiday and a total rest, I have not driven anywhere and have managed to get my walking in as well which has been amazing as well, so I return home possibly a few pounds heavier due the beautiful food out here but emotionally a few pounds lighter as I have shed a huge amount of emotional baggage at the same time and put a lot of ghosts to bed.

The whole holiday was simply amazing and something we will be repeating again in the future.  Thank you, Corfu, for allowing me to move forward.