Over concern for others – how can we help?

Have you ever considered how much time you give to other people or the impressions we create for others.  Dr Bach entitled this net group of remedies “Over-care for the Welfare of Others” and whilst the point of some of these is a little tough to accept the overall result can be so hugely beneficial to us all.

The remedies under this group are:-

Beech – for the intolerant person, the ardent critic – often in a negative way

Chicory – for possessiveness, and over-protectiveness

Vervain – for the over enthusiastic person

Vine – for the assertive and inflexible person in your life

All of these are characteristics where the negative can be quite destructive to both you and the people around you, and yet the positives for each of them is just amazing and so incredibly beneficial to us all.

The Beech remedy is sometimes a difficult remedy to prescribe to a client, when you must delicately explain that maybe they are a little too critical – sometimes it doesn’t go down well.  However, this criticism can often be to themselves and not simply to others.

All of us are critical at times, in caring about things being right and proper we often don’t think how we demonstrate this, and the criticism can often come out as a negative.  Those with a negative Beech trait will fixed opinions and often appear intolerant of others and can even be quite arrogant at times.  They can use their criticism to wear down others and can often be quite unpleasant.

The Beech remedy however can turn the negative comments into positives and because you so ardently believe in what you do and how things should be this remedy will also enable you to produce the most positive criticism and enthusiasm for your friends and colleagues.  The Beech will give you tolerance and allow you to see beyond the shortcomings in others.  You will also find some compassion for others as well.

Dr Bach describes Chicory as being the remedy for over protectiveness, for the mother who doesn’t want her children to leave her and will go to great lengths to keep them close, for the family member who believes in keeping everyone under the thumb but to the detriment of both them and others. 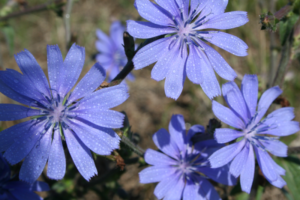 Chicory is also there to help with children who are also incredibly demanding on their parents, to the child who will not let go of Mum, and who craves constant attention.

It can also help people to let go of destructive thoughts and the constant whirlwind of emotions that seem to own you and have taken over,

The positive of Chicory is a release from the possession, and these wonderful people who have so much care, will now be free to care without constraint.  The child will manage to cope on their own and will no longer need others support.  The mum will be able to function and survive without the family glued to her side.

In the end everyone will become themselves and lead their independent healthy lives.

Rock water – the only remedy that isn’t a flower remedy, comes from clear spring water sparkling with vibrant energy of the running water.

Rock Water is a perfect example of the fix and flow.  Do you have high standards for yourself?  Are you sometimes dogmatic about your work or diet and exercise? 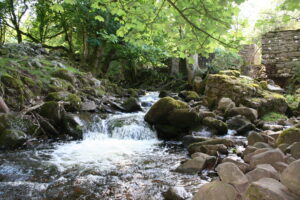 Are you constantly pushing yourself to be the best and berating yourself if your standards fall below what you deem is normal?    This attitude can in the extreme make you a martyr to the cause.  You will often believe that you are setting a good example to others and assume that others will learn from you – however this is not the case and all that will happen is that you will cause your stress levels to rise

The Rock Water remedy will allow you to be kinder to yourself, more flexible and rational towards other and other ideas.  In essence be gentle to yourself this will then also encourage others and they will embrace your ideas also.

Vervain the remedy for those who have fixed ideas and who firmly believe that their beliefs are right and the only way forward and they are determined and high achievers.

These people are highly strung and very strong willed, often they are sensitive to injustice and dedicated to causes, often so over enthusiastic that they can be quite fanatical – this can however alienate their friends and any potential converts.

Invariably they are totally consumed by their ideas and thoughts and often suffer from sleepless nights due to their active minds not being able to settle, and their inability to relax.

The positive of Vervain is that the sufferer becomes calm, wise, and very tolerant and is also able to relax.  They will also be able to become more flexible and tolerant of others and as Dr Bach said, “It is be being rather than doing that great things are accomplished”.

Vine is for the dominant person – for the one who likes to dominate others – these people can often be incredibly talented and gifted in every way but sadly the gifts and talents can often be used to bully people into being like they are.  They will override other peoples’ views and opinions and expect obedience.

They can often be quite aggressive in their manor and be quite power greedy, in the extremes they can be very hard and sometimes quite cruel, the extreme examples of the need for this remedy are with the parent or boss who rule with a rod of iron and who control the children with fear.

This can however with the remedies become a positive – and the strength determination and talent can be harnessed to allow for a great leader without the controlling attributes.

They can make incredibly wise leaders, teachers, and bosses and parents and use their gifts and skills to help others to help themselves.  It just needs the softening touch of the Vine remedy